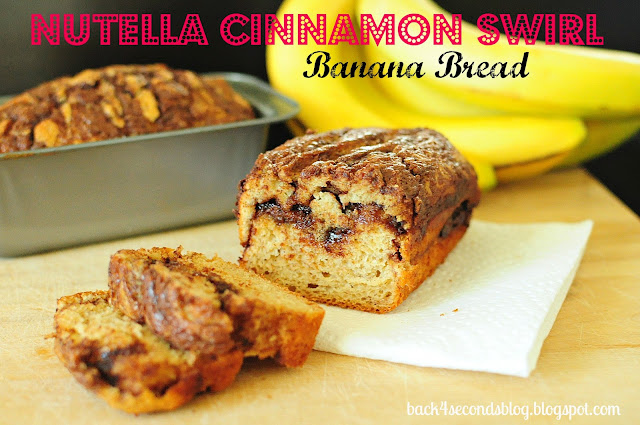 Is there anything more homey and comforting than banana bread?
Yes.
Nutella cinnamon swirl banana bread. 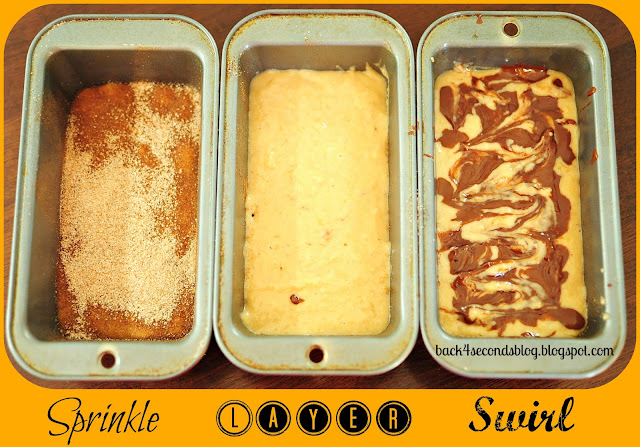 It’s like regular banana bread except about 100x yummier.

Moist, wonderful banana bread with a layer of gooey cinnamon goodness in the middle, topped with a chocolatey nutella swirl with a little extra cinnamon sugar for good measure. 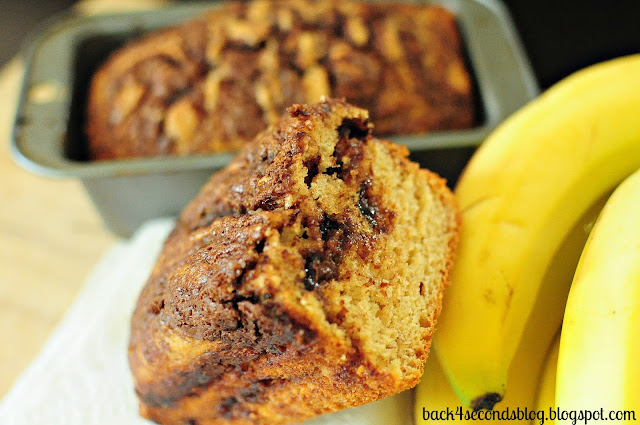 Oh, and did I mention there is no oil or butter in this recipe?
So it’s health food, and perfectly acceptable to eat for breakfast lunch and dinner. Amen. 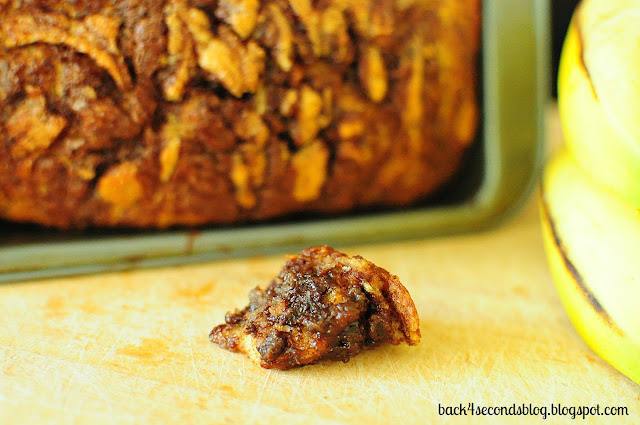 Do you see that gooey bite? It’s the mecca of all baked pastries. Like the center of a cinnamon roll – the very best part. You need to make this! 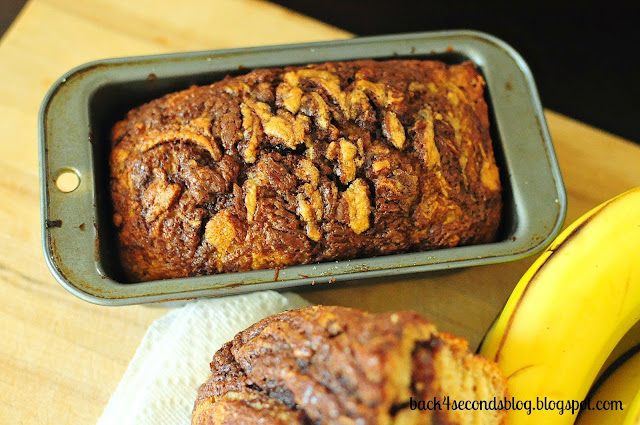 Nutella Cinnamon Swirl Bread
by: Back For Seconds

Preheat oven to 350*
In a large bowl beat together bananas, sugar. lemon juice and applesauce. Add in eggs and vanilla, mixing well. Gradually add in flour, salt, baking powder and corn starch until smooth and well incorporated. In a separate small bowl mix together the cinnamon and 1/3 cup sugar.  Pour half the batter into a well greased loaf pan. Sprinkle the cinnamon sugar over the batter and top with remaining batter. Soften nutella in microwave and let cool slightly. Swirl nutella over the top layer of batter. (You can use a knife to make a swirl patter but be careful not to go too deep – you don’t want to disrupt the cinnamon swirl layer inside!) Top with another sprinkling of cinnamon sugar if desired. Bake for 50-60 minutes or until toothpick inserted in the middle comes out clean. Let cool on wire rack then run a knife around the edges and remove the bread from the pan. 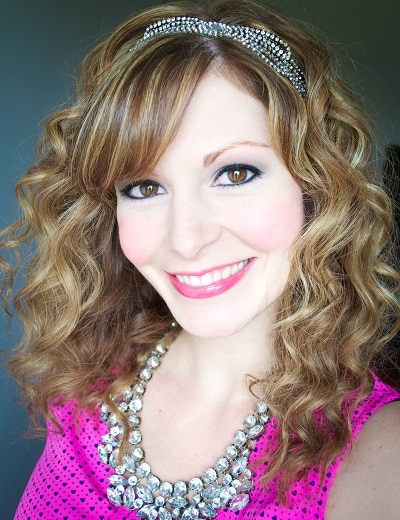 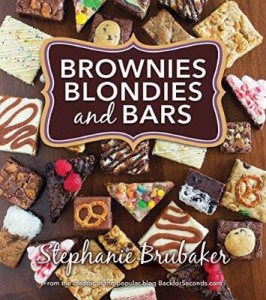